You must be registered to view the content on this site.

Sign In or Join
The content of the financial promotions on this website has not been approved by an authorised person within the meaning of the Financial Services and Markets Act 2000. Reliance on these promotions for the purpose of engaging in investment activity may expose an individual to a significant risk of losing all of the property or assets invested.

How to bridge the Gender Investment Divide

How to bridge the Gender Investment Divide
23 Mar 2018 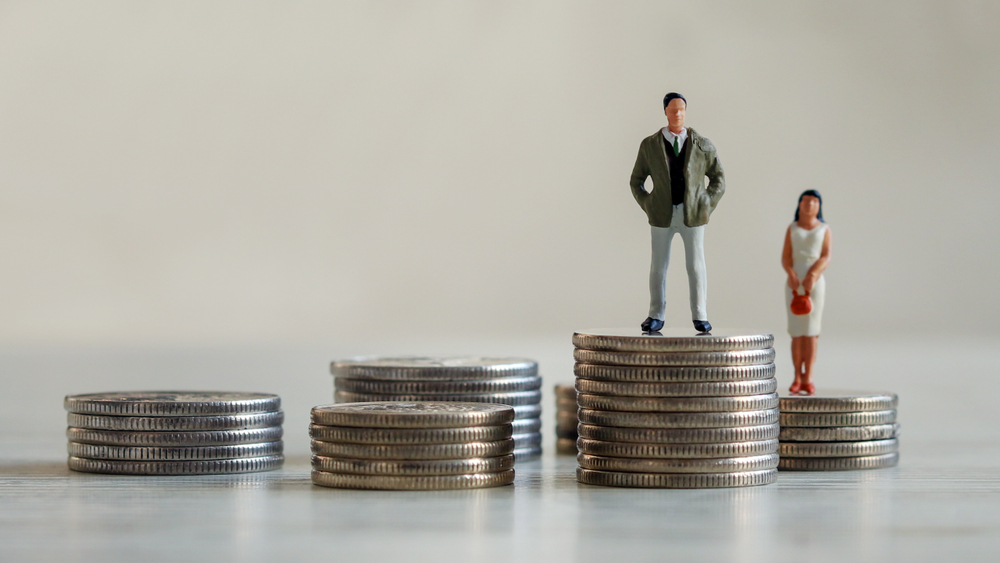 How to bridge the Gender Investment Divide

In the passing of international woman’s day and in the wake of the #TimesUp and #MeToo movements the gender differences across almost every area of our lives is being pulled in to focus, shining a light on areas that if changed could make this world a fairer place. Within this movement, one area that remains opaque is why woman invest and in turn, benefit from investment less than men? Is there a gender investment divide?

With 17% of investors in property investment platform Brickowner being male, the company set out to review the data out there and establish the four main reasons that could be contributing to this issue:

Women invest less than men in the UK The first and most apparent reason stopping woman from investing as much as men is the pay gap between genders. The BBC currently stats that the gender pay gap stands at 18.4% in favour of men equating to a difference of £5380pa on average UK salaries. Last year a report by Money Farm stated that “half of the women without financial investments in Britain cite a lack of funds as the most common barrier to investing” The absence of disposable income at the end of the month makes it unlikely that woman can invest.

The natural follow-on effect of lower pay amongst woman is lower pension pots.  Overall, the number of women contributing to a personal pension grew from 1.94m in 2011-12 to 3.65m in 2015-16, according to government statistics. During the same period, the number of men making payments into a personal pension rose from 3.37m to 5.31m. Over the course of a lifetime, taking in account that investment go up means that gender variations in total lifetime earnings remain substantial, with men earning – on average – 80% more than women.

This in part might be attributed to women who have children but take no career break still face a “motherhood pay” hit. Research for the Pensions Policy Institute found that when compared to men, there is a gap of £7 a week, or £364 a year, for the average-earning woman with two children, even if she takes no break from full-time work.

All of these factors result in average woman’s workplace pension having £53,000 in it, compared to £120,000 for men, according to research from Close Brothers Asset Management and the Pension and Life Savings Association.

As women have entered the workplace and earn their own money many industries have stepped up to the challenge of selling to female consumers. It is hard to think of any consumer based products that do not now have gender-specific versions at a cater to this market except when it comes to the financial services industry. One of the biggest studies carried out in recent years by Kantar on over 30,000 woman found the perception of banks advertising fails to consistently communicate qualities including, ‘understanding’, ‘dependability’ and ‘accessibility’ to women when tested using facial recognition technology.

One area where the hangover from the 2008 financial crisis still lingers is in the level of trust that we can place in our financial institutions. All investments require the investee to weigh up the level of risk vs reward. Without a doubt, this is the crux of what investment is. Risk can be balanced by the amount of trust one places in the scheme and individuals that they are investing with. Traditional investments have, over the decades repeatedly failed to do this with woman. Women keep on average 71% of their savings in cash, according to a survey by BlackRock, which goes some way to highlights a general lack of trust when it comes to investment. With men, this figure drops to 60%. The higher the risk, the less woman invest shown to the most significantly in investments like Bitcoin where 96% of investors are male

Although progress feels slow on the first two issues, it is being made. None-the-less research from the Pensions Policy Institute found that 76% of women aged over 60 are single, widowed or divorced meaning they will have to support themselves and the fact that they will live longer than men only intensifies the need for woman to start investing now.

Evidence suggests that woman would make great investors following a “buy and hold” approach based on loyalty. Also, it appears that woman are more prepared to consider at Alternative platforms when investing, possibly as a result of new ways in which they are being engaged giving some insight into addressing point 3 and 4?

It also makes good business sense and creates a massive opportunity for the right companies to cater to a new potential market (potentially worth £130bn). In the past Tech has challenged convention, given changes happening within financial services there is no reason why technology cannot address the ‘investment gap’ opening doors, that in the past have been closed for no good reason.

Capital at risk. There is no compensation in respect of poor investment performance. Incomes, dividends and projected growth may be lower than expected. Past performance and projections are not reliable indicators of future results. There is no recognised market to sell your investment and selling your investment is subject to price and demand.See Key Risks before investing. Brickowner Investments Limited is a limited company registered in England and Wales with registered number 10526758. Our registered office is at WeWork, 2nd Floor, 123 Buckingham Palace Rd, London, SW1W 9SR, United Kingdom. ©2020 Brickowner Limited. All rights reserved.